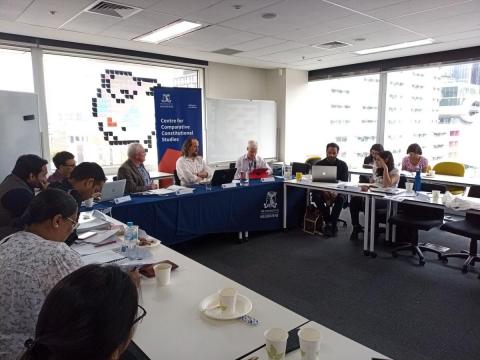 On 5-7 December 2019, SJD Candidate Gaurav Mukherjee contributed a paper on “The Role of the Supreme Court of India in Social Constitutionalism” at a workshop on “Constitutional Resilience in South Asia” at Melbourne Law School.

The paper, for which Professor David Bilchitz (University of Johannesburg) served as discussant, argued that the Indian Supreme Court has failed to develop a coherent and normatively predictable body of jurisprudence on social rights. The paper develops a novel analytic framework drawing on constitutional endurance scholarship to advance this argument. It concludes that courts should give form to essentially indeterminate constitutional provisions by drawing on a dialogic process with the coordinate branches.