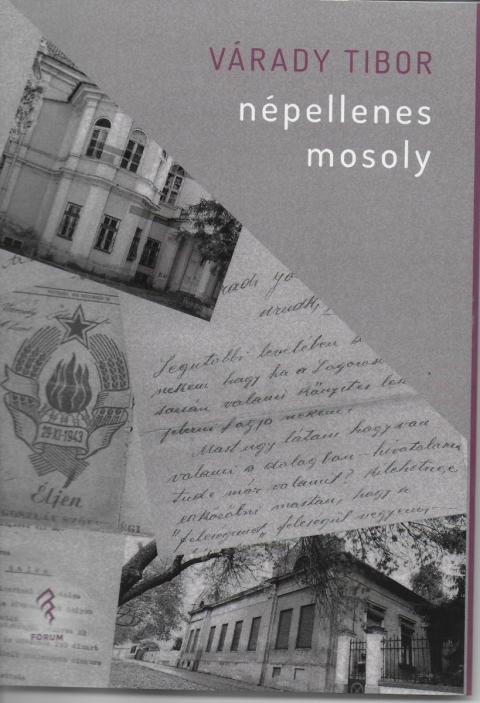 During the first months of this year two books of Professor Tibor Várady have appeared. After “People in Spite of History” published in English, a book in Hungarian followed this March: Népellenes Mosoly meaning “Anti-People Smile”. Both books are based on Professor Várady’s family attorney archive, in which all files remained kept since 1896.

The author offers a scrutiny of legal cases, but he also shows that these legal stories – even if the facts remain untouched – have turned to literature. The Népellenes Mosoly is Professor Várady’s fourth Hungarian book of documentary prose. The protagonists of this book are local Hungarians, Serbs, Jews, and Germans in the region of Banat. A Lutheran priest was charged in 1945 for having committed “anti-people smile”. (According to a neighbor he was just standing behind the window and smiling while the Soviet army was entering the town.) The manager of a dairy-shop was charged because he kept in his garden “two female pigs of fascist origin”. (The prosecutor explained in 1946 that these pigs belonged to a German neighbor.) Antal Péli got convicted because he “enhanced the combatting ability of the Nazi Army”. (He did this, because his paprika mill was functioning during the Nazi occupation as well, and he was selling grinded paprika to Germans too.) A Jewish landowner fled to Budapest during the war, but after he managed to survive and returned to Banat, he had to face charges of Nazi collaboration – because a brick factory, that he transferred to his wife was functioning for a while during the occupation. Other cases also show the daily life during World War II, and during the first years after.