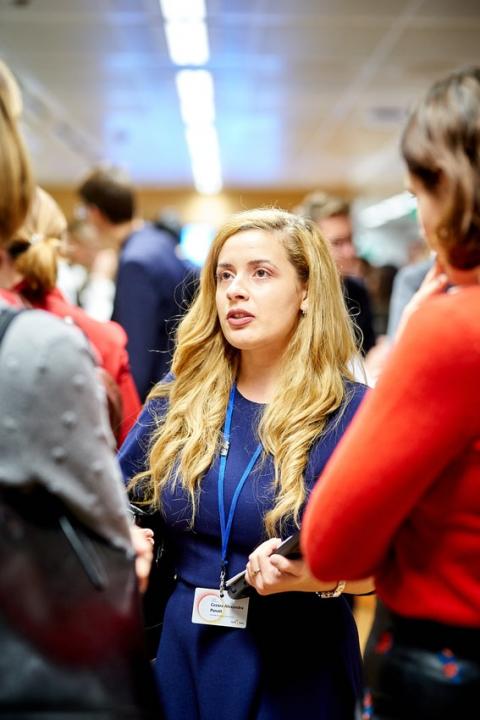 On 5 November 2019, Cezara Panait, a student in the LL.M. in Human Rights program, received the Public Choice Award for a policy proposal on tackling bias in Artificial Intelligence and anti-discrimination at a policy hackathon on the Future of Digital Europe organized by Microsoft in Brussels.

Panait, who among others is also taking a course in International Human Rights Advocacy, represented Central European University at the event.

The hackathon's jury - which included the Vice-President of Microsoft, Members of European Parliament and high-level EU officials - evaluated the policy proposals and recommendations developed by the participants.

For over one month, ten teams of three students from the Central European University, College of Europe and Science Po had worked on developing policy proposals on 5 topics, namely: Artificial Intelligence and Ethics; Digital Inclusion and Digital Peace; Fight Crime and Protect the People's Rights; and Tech and Climate Change. Following mentoring sessions with Microsoft policy experts, EU civil servants and NGO representatives, the students presented their final proposals in a public conference in Brussels.