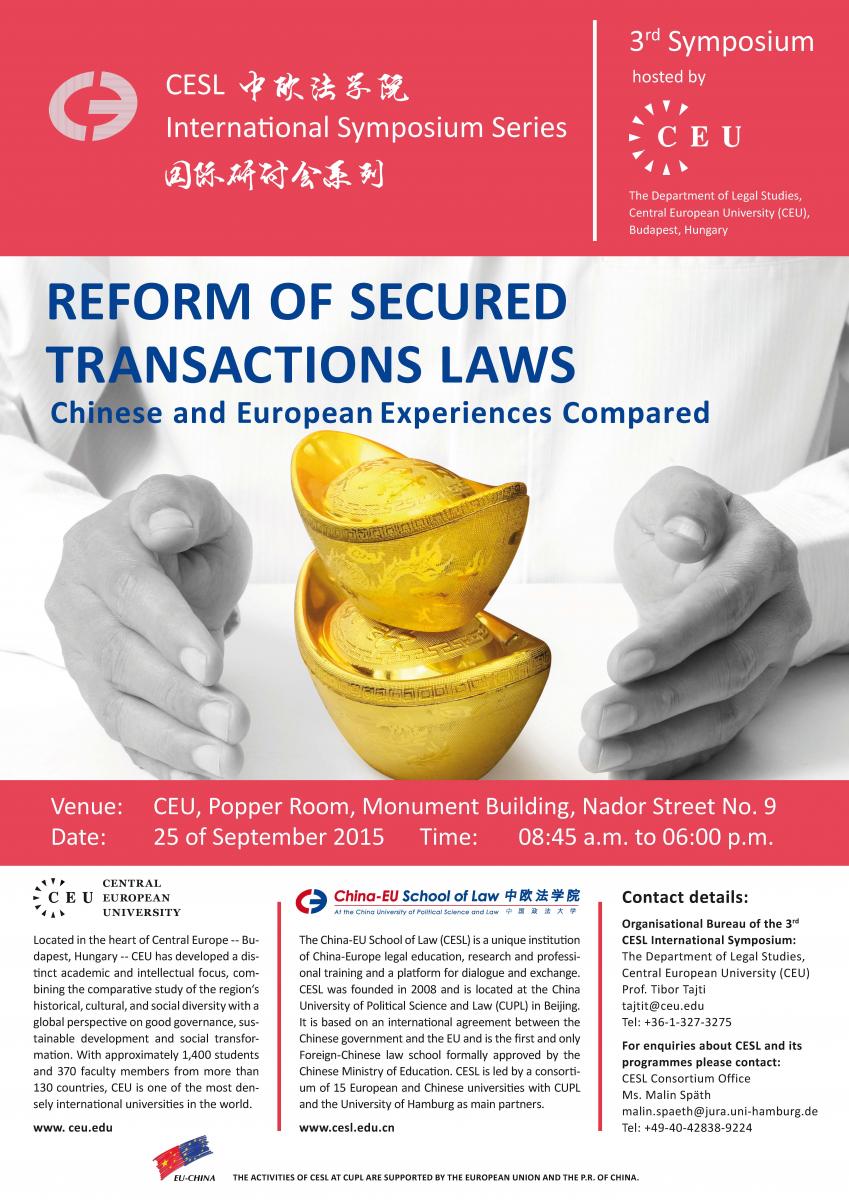 Access to credit at favorable terms and conditions is a token of doing business and economic growth. The function of law therefore in every market economy is to create the necessary legal environment for the attainment of that goal. In particular, all types of assets should be made available as collateral to secure payment and performance. The primary function and thus economic utility of secured transactions law is exactly that. As it is increasingly realized, there is an evident nexus between secured transactions law and economic growth.

While mortgage of immovables (real property) is also a possibility, in modern times the products (inventory) of a company, the receivables they will receive for their goods sold, the securities they issue or eventually all the present and future assets of an enterprise (floating security) are the true treasury boxes of businesses. Especially small and mid-scale businesses are heavily handicapped in systems where only immovables (real property) could be encumbered as normally the assets they could offer realistically to banks and other financiers as collateral are, indeed, only their products and the price they will received for them (receivables).

Following this realization, the reform of secured transactions laws has become one of the top priorities for many national systems on all continents and for various international organizations from the World Bank, the European Bank for Reconstruction and Development through the United Nations Commission on Trade Law (UNCITRAL) or the International Institute for the Unification of Private Law (UNIDROIT).

In light of these developments, the symposium will try to compare the related developments in China and Europe. While Europeans may learn about such recent Chinese steps as the introduction of a version of floating security and launching of centralized and publicly-accessible registries for some specific kinds of secured transactions, Chinese experts may as well benefit from national reforms, debates, and projects aimed at upgrading (reforming) this branch of commercial law in Europe (and beyond). The symposium offers the unique opportunity to learn about the UK Secured Transactions Reform Project run from Oxford University, Book IX of the Draft Common Frame of Reference, the work of UNCITRAL, as well as the experiences of such reform-oriented European countries as Belgium, Hungary, Romania and Slovakia.