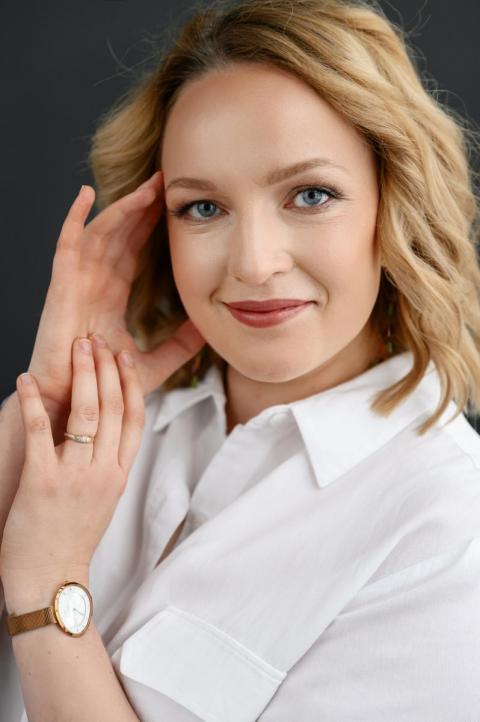 Marina Agaltsova was accepted onto CEU’s LLM program at the young age of 21. This program was crucial in cementing and moulding her research interests and career. After completing the LLM in Human Rights Law, Agaltsova practised law in Russia, litigating cases concerning enforced disappearances, unlawful killings by officials, freedom of speech, and freedom of assembly. She has developed a particularly keen interest in free speech law.

The connections she developed at CEU also gave her the opportunity to work with the Human Rights Center “Memorial” for nearly 6 years, until its liquidation in the spring of 2022. The Center was a leading human rights organization in Russia that – among other issues – focused on the human rights of political dissidents. Agaltsova acted as a senior lawyer and was responsible for litigation before national courts and the European Court of Human Rights. Following Russia’s initiation of an aggressive war against Ukraine in 2022, she and her colleagues left Russia and are currently working together to find new ways to advance human rights and dignity from beyond Russia’s borders.

Agaltsova contends that CEU’s rigorous standards for both coursework and exams equipped her to handle difficult and stressful situations. Most importantly, CEU’s values of inclusivity and acceptance reinforced her belief that the individual’s ideas matter, and that their work can lead to positive changes. Agaltsova found the courses offered by Professors Renáta Uitz, Csilla Kollonay-Lehoczky, and András Sajó, as well as the Jean Monnet module on European Integration to be especially intellectually engaging.

She has the following advice for CEU students:
“Enjoy your time at CEU and the people you meet there. I spent too much time studying in my dorm, and now I wish I spent more with my classmates, listening to their stories from all over the world. I would also try to meet professors as much as possible – this can be a lot of fun even if they seem scary at first. You can read books later but you won’t be around the same people forever.”