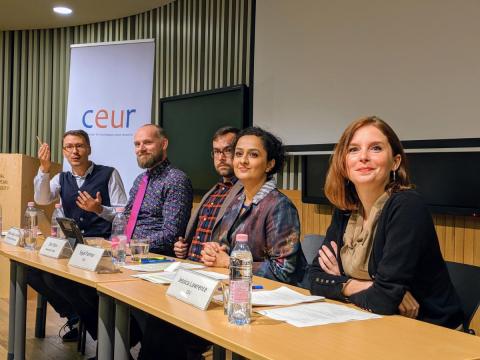 On 6 November 2019, the Department of Legal Studies and the Center for European Union Research (CEUR) hosted a panel discussion on “Brexit: What Now? What Next?”

The Panel brought together a group of legal scholars to discuss Brexit in the aftermath of the 31 October deadline for withdrawal; the extension of this deadline until 31 January 2020; and the negotiation of a new Withdrawal Agreement and political declaration by the UK and the EU. Paul James Cardwell, Professor in Law at the University of Strathclyde in Glasgow, Scotland, spoke about the external relations of the EU and UK post-Brexit. Tom Flynn, Lecturer at the University of Essex School of Law, spoke about the impact of Brexit on the UK constitution, particularly as regards the roles of Scotland and Northern Ireland. Jessica Lawrence, Associate Professor at CEU’s Department of Legal Studies, focused on the trade implications of Brexit for the UK, the EU, and the WTO. And Sejal Parmar, Assistant Professor at CEU’s Department of Legal Studies, explored the human rights concerns over Brexit.

Mathias Möschel, Associate Professor and Director of the Doctoral Program at CEU’s Department of Legal Studies, acted as moderator for the event.

The panel was very well-attended, and following the initial presentations, there was a lively Q&A session with the audience.

Read or listen to the interview of Tom Flynn about Brexit to Klubrádió's Judit Csernyánszky (in Hungarian) here. 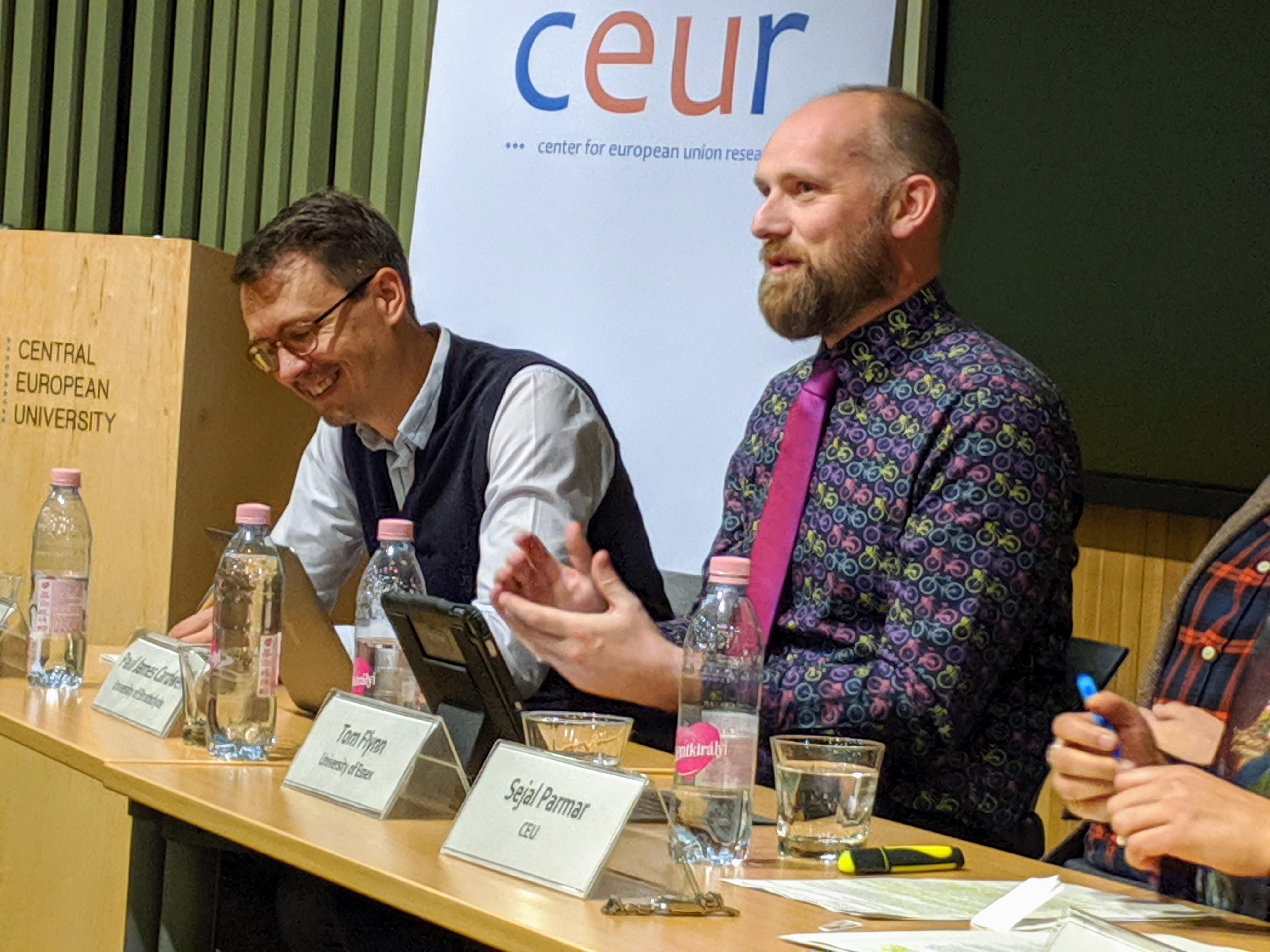 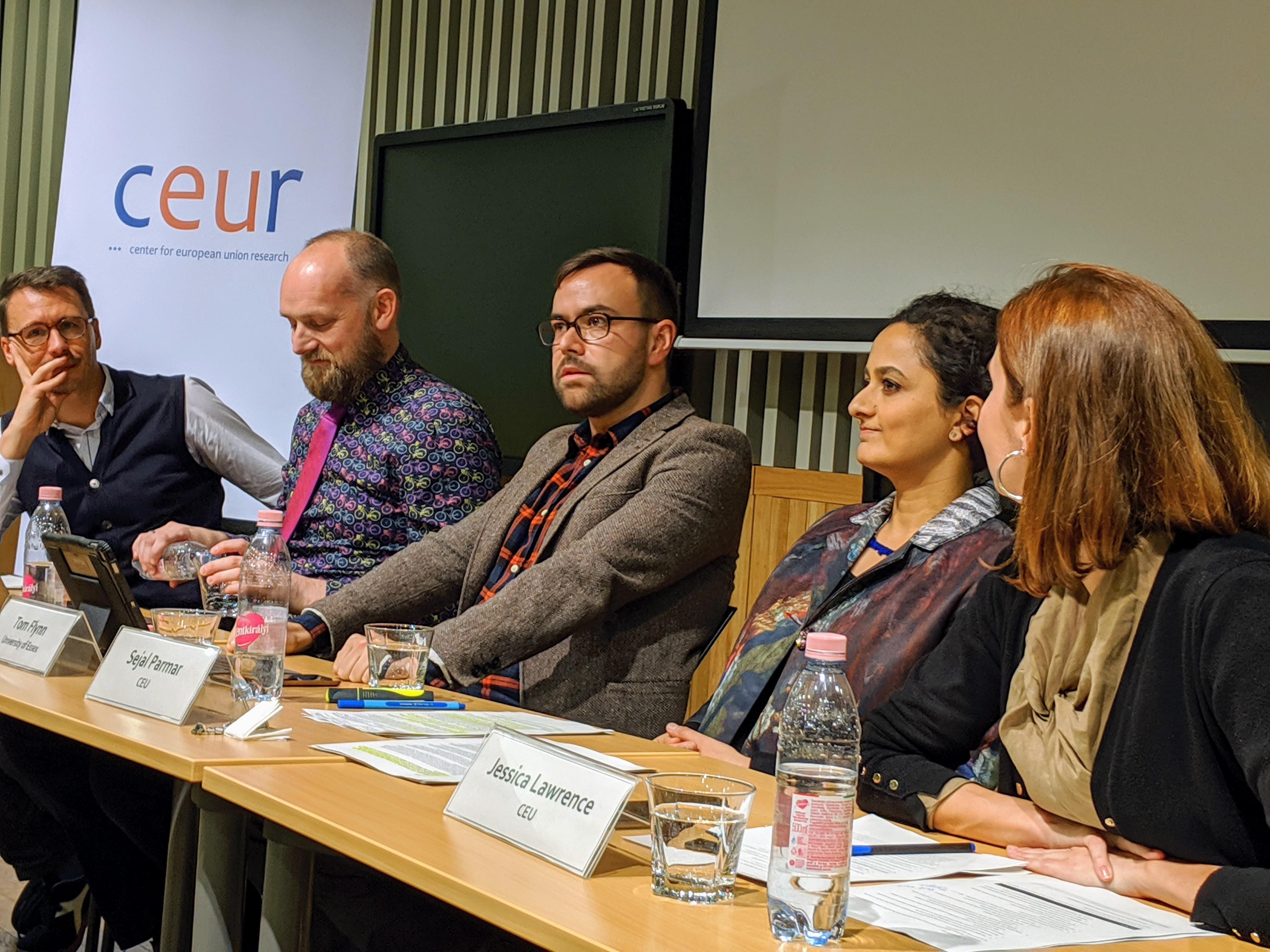 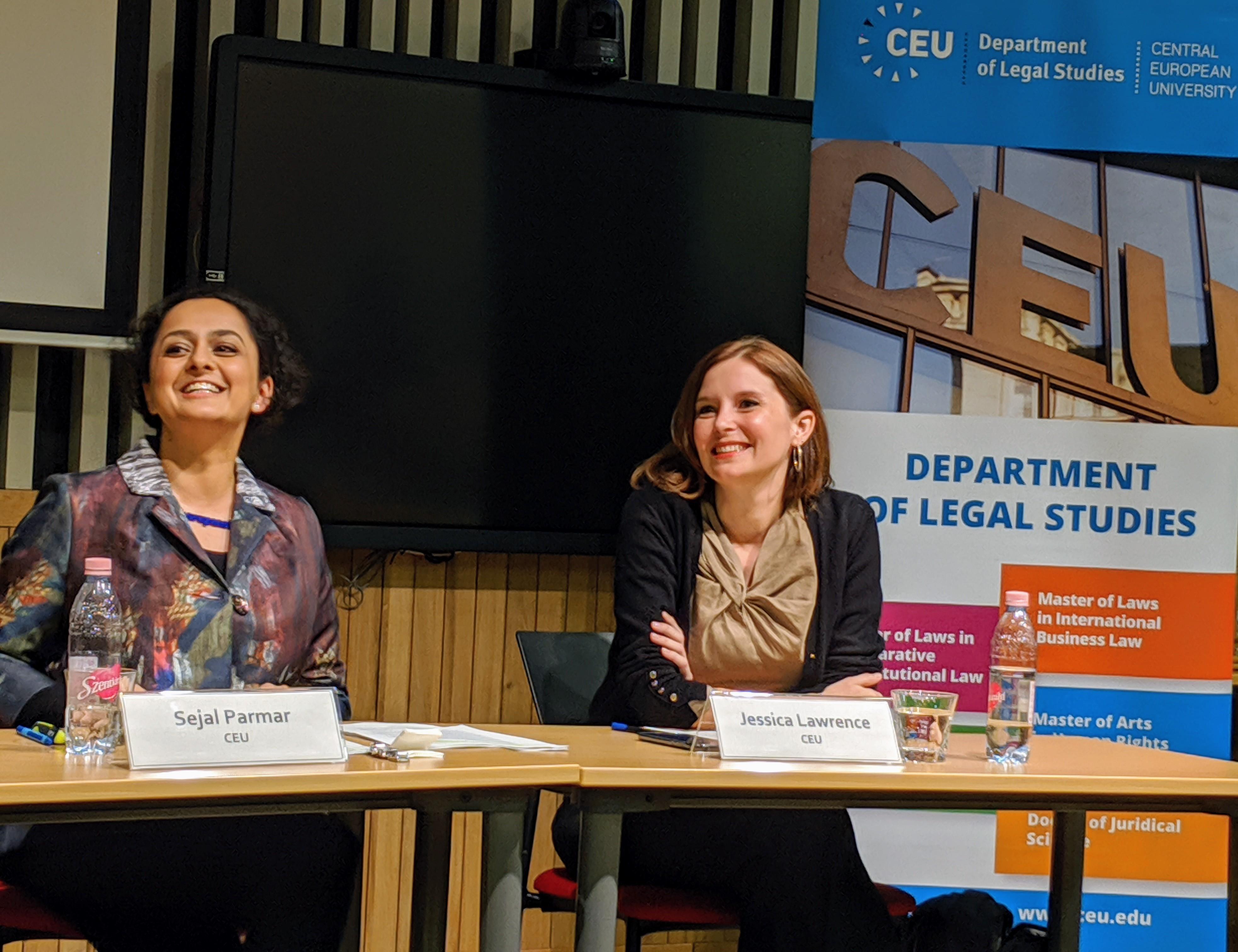 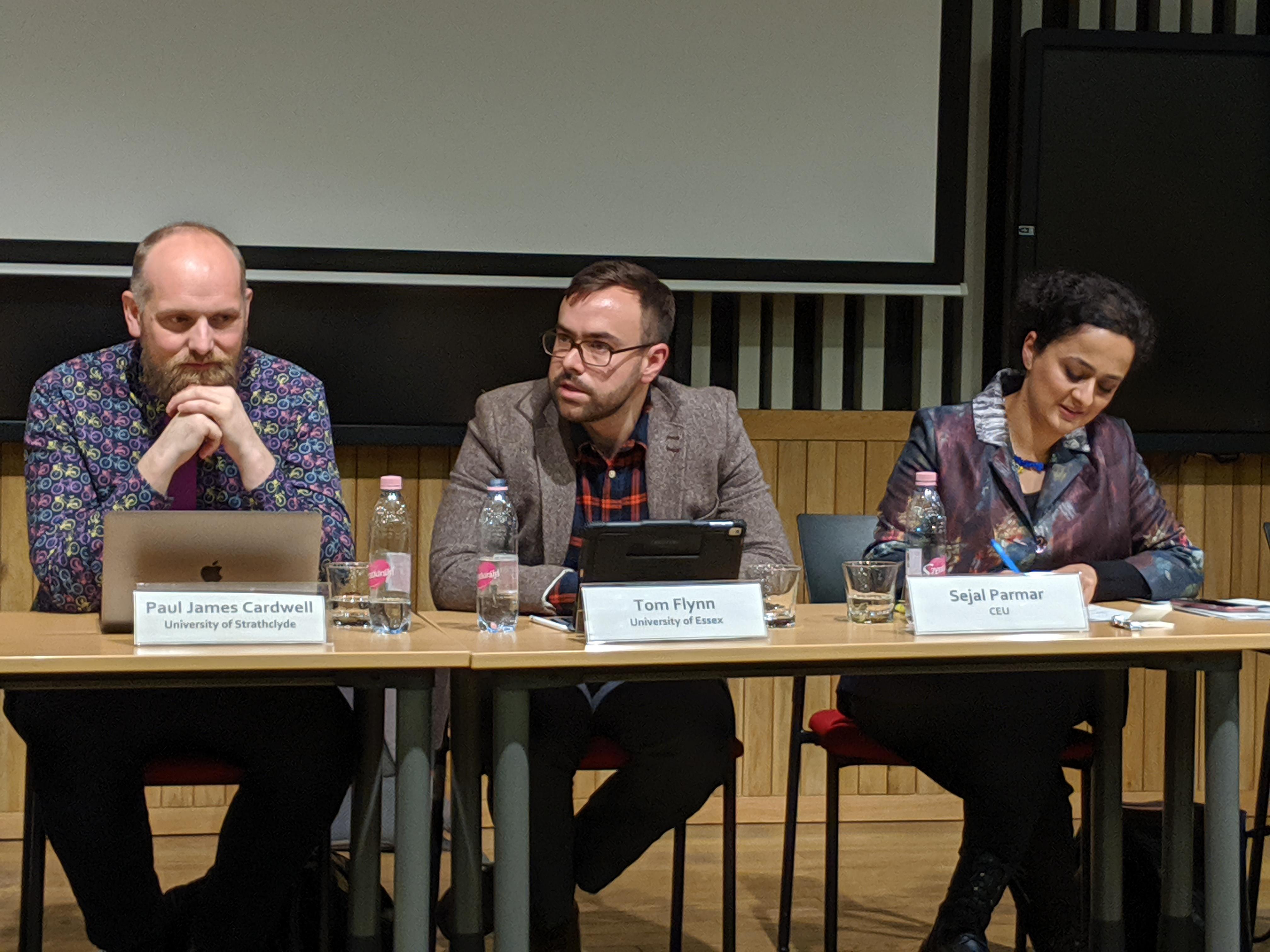 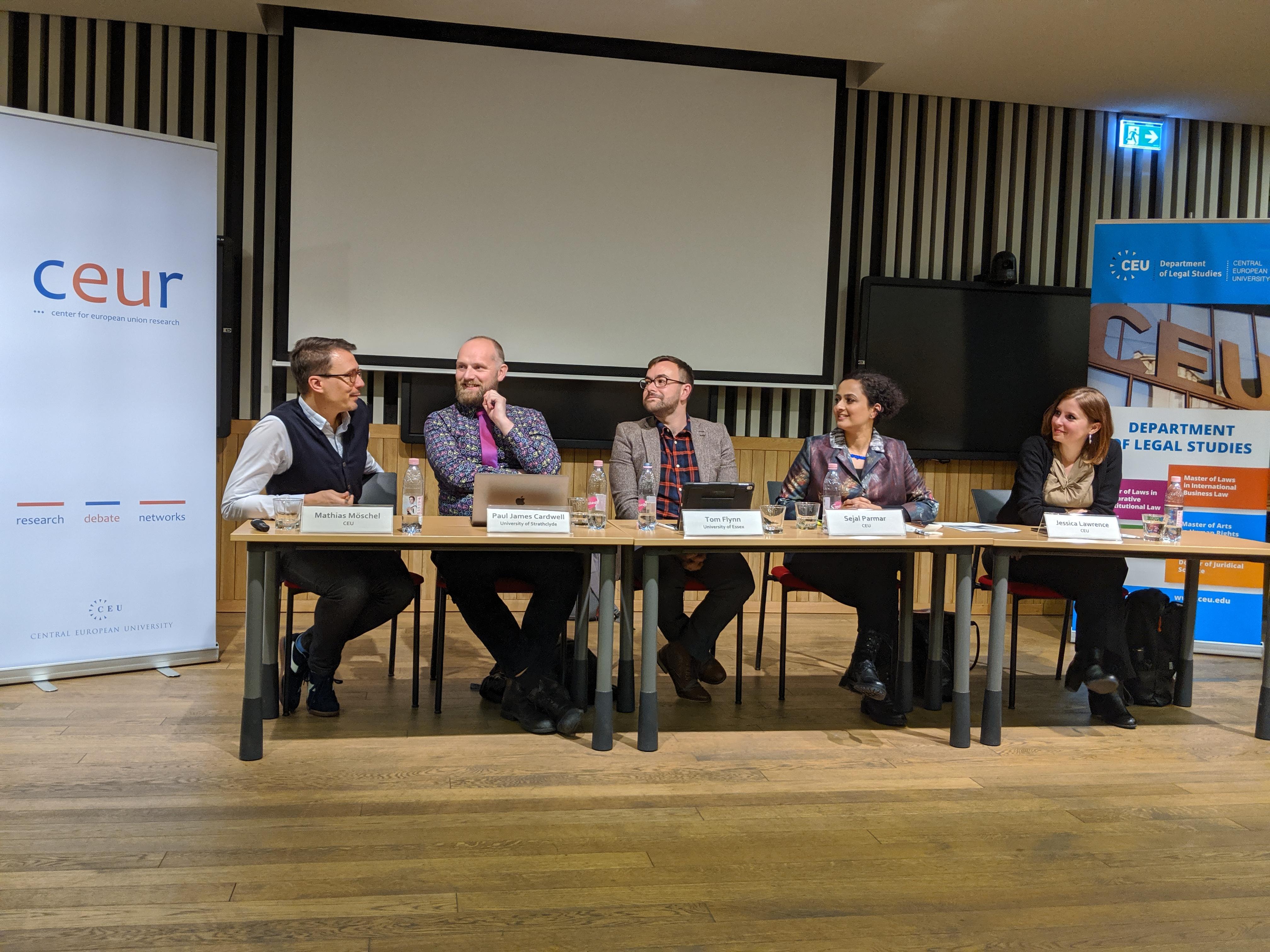 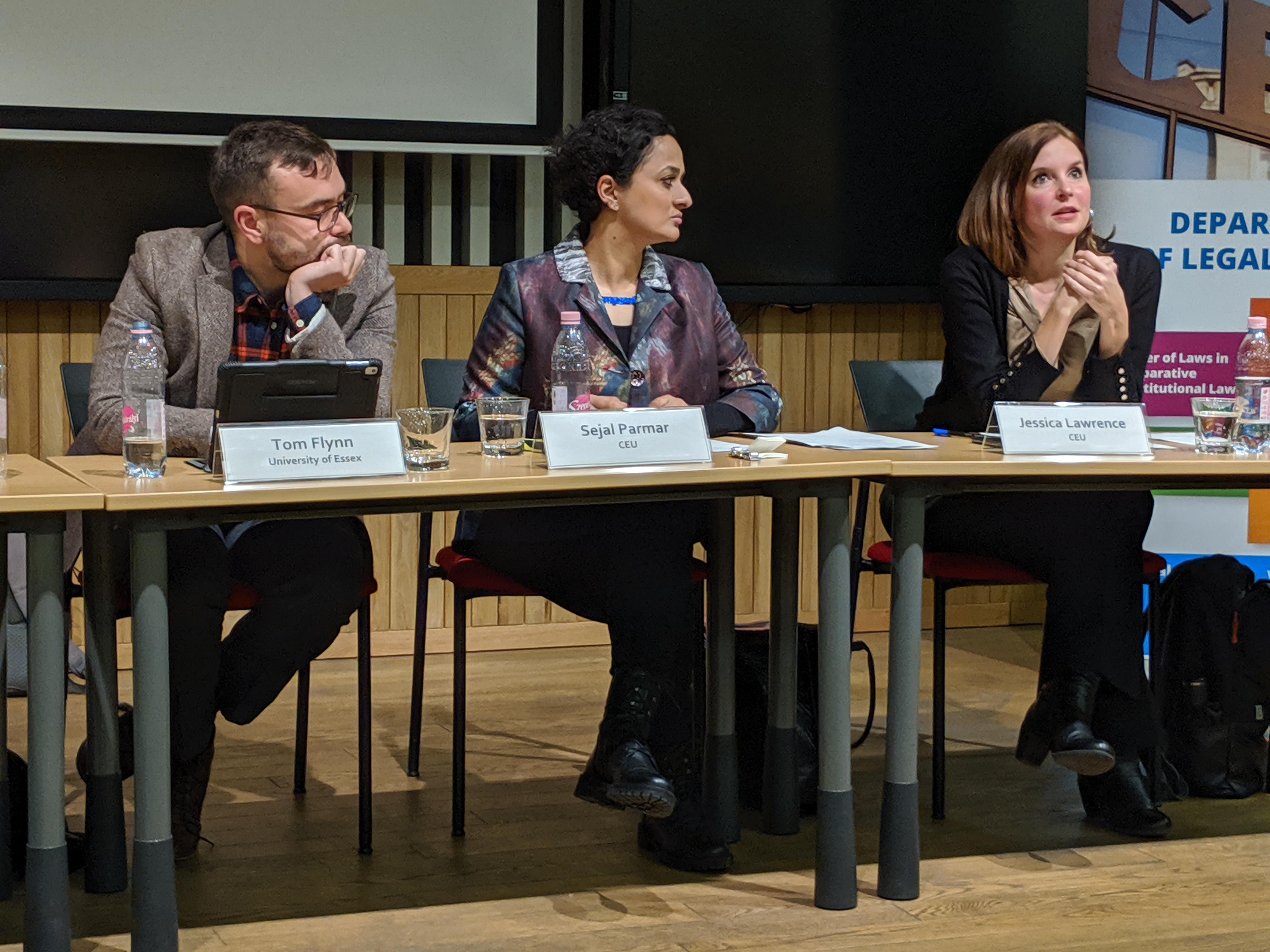 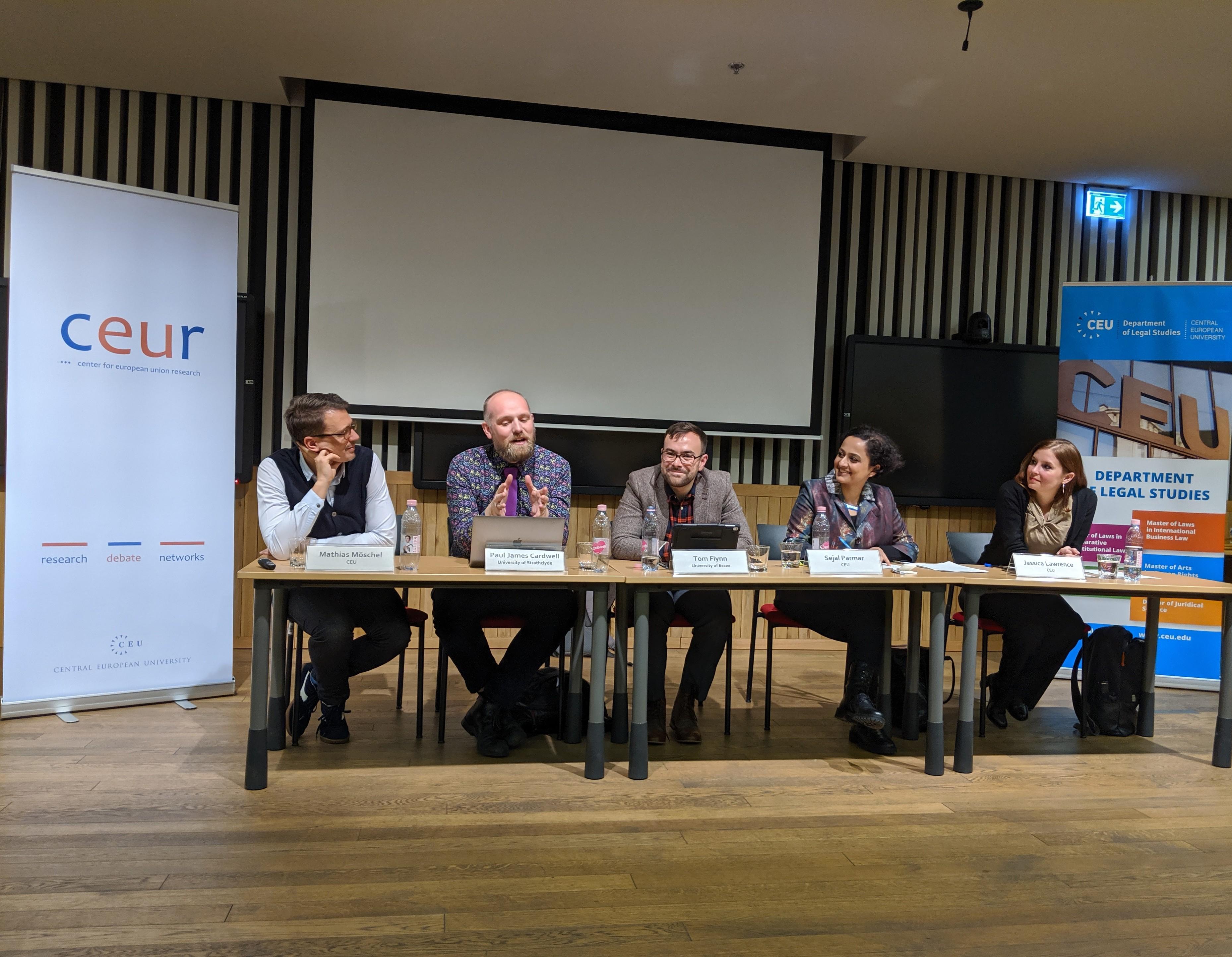