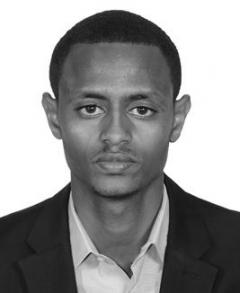 Bereket Alemayehu is studying LL.M. in International Business Law at Central European University. He earned his LL.B. with Great Distinction from Addis Ababa University in July 2015. He worked as a Junior Associate at Mehrteab Leul & Associates, a member of DLA Piper Africa, for two years. As part of his LL.M. study, he is writing his thesis in the area of secured transactions law. He was selected to represent CEU at the 25th Annual Willem C. Vis International Commercial Arbitration Moot to be held in Vienna. 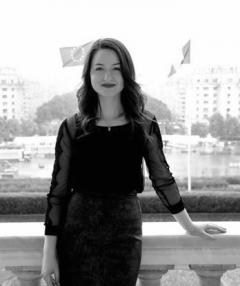 Tatiana Balaban graduated from Faculty of Law at Moldova State University with meritocratic award in 2017. In the same year, Tatiana enrolled in the International Business Law LL.M. at Central European University in Budapest. During 2016 Tatiana studied at the University of Bucharest as a participant of an intergovernmental academic mobility program. Her main areas of interest are choice of law, E-commerce and consumer arbitration. Her professional experience includes working for the Constitutional Court of Republic of Moldova. She was granted an internship in the United States by The Leavitt Institute. Tatiana was chosen to represent CEU at the 25th Willem C. Vis Moot Competition to be held in Vienna. 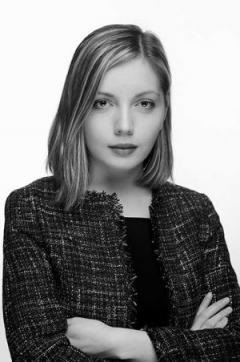 Gvantsa Elgendashvili is currently pursuing an LL.M degree in International Business Law at Central European University. She holds LL.B. with honors from Ivane Javakhishvili Tbilisi State University. During 2015-2016 academic year, she was an Erasmus Mundus exchange student at Tallinn University, Estonia. She is also enrolled LL.M in Private Law program at Tbilisi State University. Her research activities mainly focus on corporate law, law and economics and the European Union law. During the course of her studies, Gvantsa worked for big national construction companies. Her professional experience includes working for governmental agencies, private companies and educational institutions. Gvantsa was a participant of the Telders International Law Moot Court Competition where her team ended up in the list of the best oralist Respondents. Gvantsa was chosen to represent CEU at the 25th Willem C. Vis Moot Competition to be held in Vienna. 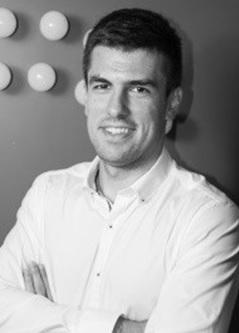 Márton Szegedi received his law degree from the University of Pécs, Hungary. He also spent two semesters at the University of Cologne, Germany as an Erasmus student. Prior to his LL.M studies in the International Business Law program at the Central European University he worked as a corporate counsel at a British-owned telecommunications company. He also gained experience by being a member of the legal team at the largest commercial bank in Hungary, as well as by working for a leasing firm and a Hungarian law office. His main expertise is information technology law, data protection, advertising and marketing law, retail financial services law and contract law. Being particularly interested in international commercial arbitration he is proud to have been selected as a member of the team representing the university at the 25th Willem C. Vis Moot Competition. 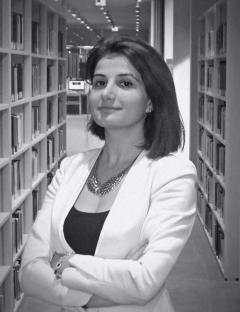 Tamuna Beridze is currently pursuing an LL.M. degree in International Business Law at Central European University in Budapest. She holds Master of Laws degree from Tbilisi State University. During the academic year 2015-2016, she was the scholar of Visegrad Fund Master Research Project and was enrolled as a research student at Eotvos Lorand University in Budapest. Her research activities during this period were mostly focused on the project titled Development Perspectives of Consumer Online Alternative Dispute Resolution in Georgia under the EU association Agreement. Tamuna went through a 5-month internship programme at one of the leading law firms in Budapest “Oppenheim” where she was specialising in the field of alternative dispute resolution (ADR). Tamuna was chosen to represent CEU at the 24th Willem C. Vis Moot Competition to be held in Vienna. 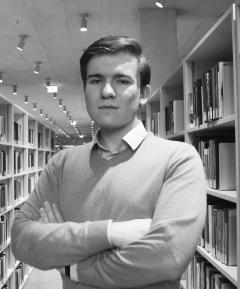 Alexander Mzhelskiy received his LL.B. with honors from Omsk State University. During the course of his studies, he participated in national moot contests. In the year 2016 Alexander enrolled in the International Business Law programme at Central European University in Budapest. His master thesis focuses on the issue of currency fluctuations. Alexander was chosen to represent CEU at the 24th Willem C. Vis Moot Competition to be held in Vienna. 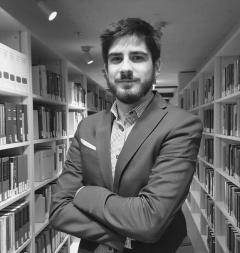 Radu Șomlea has earned his LL.B. degree from “Babeș-Bolyai” University in Cluj-Napoca, Romania. He also studied for a year as part of an exchange programme at the Exeter University in the UK, focusing on fields such as company law and commercial law. He is the Managing Editor of the Lawyr.it Magazine where he enjoys the opportunity to assess, review, and aid, where needed, other legal entries submitted by fellow students from Europe. As an LL.M. student at CEU, his main areas of interest are international commercial law, ADR and intellectual property law, with the intellectual property law being the focus of his master’s thesis. Radu was chosen to represent CEU at the 24th Willem C. Vis Moot Competition to be held in Vienna.

Yuliya Edlina received her LL.M. in International Law degree in 2011 from Al-Farabi Kazakh National University, Almaty, Kazakhstan. During her studies Yuliya worked as a research fellow at the Institute of State and Law. After graduation, Yuliya pursued a career as a legal consultant at a Big4 company with the main focus on mergers and acquisitions, legal due diligence and corporate law. Yuliya enrolled in the International Business Law master programme at CEU in 2016. Her major fields of interest include international transactions, intellectual property as well as contract law and corporate law. She is writing her thesis on contractual aspects of electronic commerce. Yuliya was chosen to represent CEU at the 24th Willem C. Vis Moot Competition to be held in Vienna. 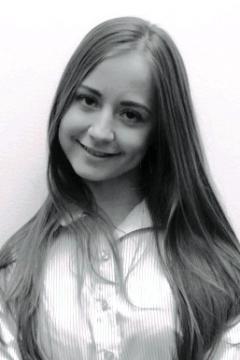 Alona Kiriak received her Master’s degree in International Law in 2014 at Institute of International Relations Taras Shevchenko National University of Kyiv, Ukraine. She specialized in European Law and wrote her thesis on collective management of copyright in EU. Since August 2014, Alona has been enrolled in LL.M. Program in International Business Law at CEU. Her main areas of interest include IP and ADR. Her thesis focuses on international commercial arbitration.

As a member of CEU’s Vis Moot Team, she works on procedural issues. 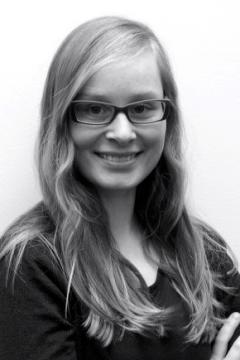 Ira Miessler took the First State Exam and earned her Law Degree in 2014 at the Law Faculty of Freie Universtät Berlin, Germany. During her studies she specialized on Company Law and Competition Law. Parallel to her studies she worked as a research assistant in a law firm, that focused on Bankruptcy Law. In August 2014 Ira enrolled in the LL.M. Program International Business Law at CEU. She is writing her master thesis in area of Comparative Bankruptcy Law.

As a member of CEU's Vis Moot team, she works on substantive issues. 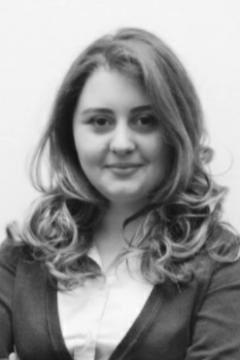 Ani Nadareishvili earned her Bachelor of Law degree in 2014 at the Faculty of Law at Tbilisi State University. During her LLB study she was involved in mooting and represented her university on national level. Ani has developed interest towards legal writing, contract drafting and editing. She has participated is winter school organized by National Center for Commercial Law with co-operation of Washburn University and Judicial Independence and Legal Empowerment Project (JILEP) on negotiating and drafting commercial contracts. Ani has completed an internship in National Center for Commercial Law, Georgia. During internship she worked on Georgian translation of International Convention on the Carriage of Goods by Sea (Hamburg Rules) and UNIDRIOT Principles 2010. Ani enrolled in International Business Law LLM program at Central European University in 2014. Her areas of interest are international business transactions, law of sales and ADR. Her master thesis focuses on Applicability of the CISG in the context of international commercial arbitration. Ani fluently speaks Georgian, Russian and English.

As a member of CEU Vis Moot team she works on substantive issues. 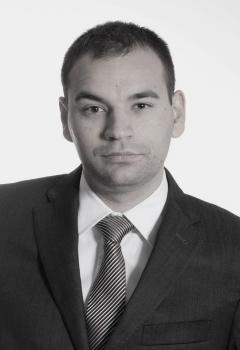 Matej Turjanik has earned his LLB (International Legal Studies) degree at the University of Southampton (UK). His research focused on various issues connected with class actions and the possibilities for the implementation of new/reformed class action regimes in England and Ontario. Matej also studied at the University of Ottawa in Canada, which enhanced his understanding of both: federations and mixed jurisdictions (civil and common law). As an LLM (International Business Law) student at CEU, Matej focuses his research on secured transactions in the realm of project finance and on interactions between law and corporations. His main areas of interest are: regulatory compliance, corporate law, international trade and international commercial arbitration.

As a member of the 2014/15 CEU Vis Moot Team, Matej works on problems connected with procedures in international commercial arbitration. 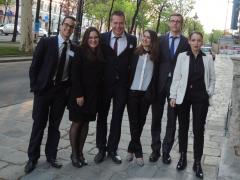 The CEU team was awarded with an Honorable Mention for the Memorandum for Respondent!

The first CEU team awarded with an Honorable Mention for the Memorandum for Respondent!

The first CEU team entering the elimination rounds - ranked 44 out of 228!