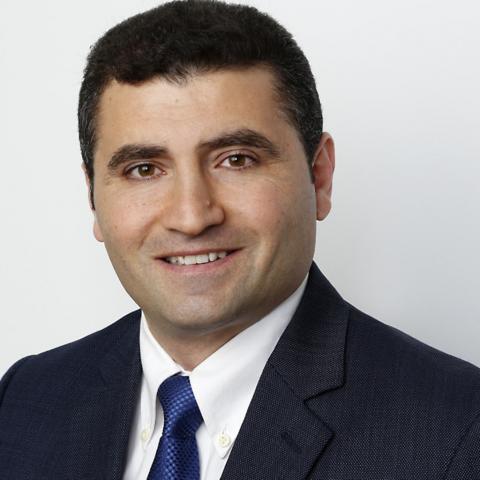 The Department of Legal Studies is hosting Dr. Aleksandr Khechumyan who was awarded the prestigious Alexander von Humboldt Foundation’s Feodor Lynen post-doctoral fellowship to conduct his research on "The Problem of Competition between the ECHR rights". Feodor Lynen Early Career Fellowships are highly competitive awards made by the Humboldt Foundation to early career post-doctoral researchers (up to four years after completing a doctorate) to carry out research with a Humboldt host in an institution outside Germany for 6 to 24 months.

Dr. Khechumyan holds an LL.M. degree in International Human Rights Law from the University of Essex, UK, and Dr.jur. degree from the University of Freiburg, Germany. From 2012 to 2017 he was a researcher at the Max Planck Institute for Foreign and International Criminal Law in Germany. He has extensive practical experience working at both governmental and non-governmental sectors and has published articles in such journals as European Human Rights Law Review; European Journal on Criminal Policy and Research; Policing: An International Journal of Police Strategies and Management; International Journal of Comparative and Applied Criminal Justice. His book Imprisonment of Elderly and Death in Custody was published by Rutledge in 2017.

Dr. Khechumyan is hosted by Professor Karoly Bard and will be staying at our Budapest campus until 31.10.2022.