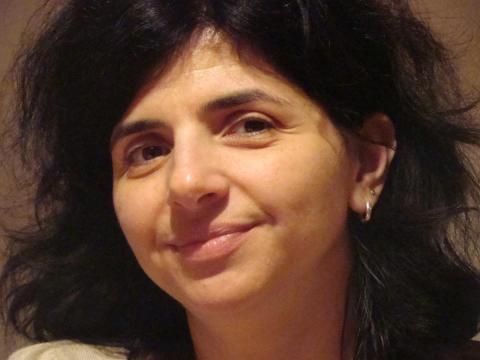 Anikó Bakonyi graduated from the Humanities Faculty at the Eötvös Lóránd University in Budapest and earned an M.A. degree in Human Rights at the Central European University. Her thesis focused on the repatriation of Bosnian refugees after the war in Yugoslavia. Before joining the Hungarian Helsinki Committee, she worked for the International Organization for Migration, coordinating an anti-trafficking program and later a compensation program for Roma forced labourers during WWII. She has also worked for the London-based International Commission on Holocaust Era Insurance Claims (ICHEIC) as a project manager. After returning to Hungary, she coordinated a project called 'Immigrant Budapest' at Menedék, the Hungarian Association for Migrants. Since 2010 she has been working for the Hungarian Helsinki Committee's refugee program where she is coordinating educational projects like The Refugee Law Reader in addition to taking part in the refugee program's regular human rights monitoring and information provision activities.